JOHN ANDREWS is an author and journalist specialising in world politics. He is a senior editor for Project Syndicate and a contributing editor for The Economist, the prestigious British weekly. In his role as TV interviewer for the annual World Policy Conference, Andrews regularly interacts with prominent figures in politics, business and economics, such as Jean-Claude Trichet, former governor of the European Central Bank; Prince Turki Al-Faisal, former head of Saudi Arabia's intelligence agency; Lionel Zinsou, prime minister of Benin; Alassane Ouattara, president of Côte d'Ivoire; Mario Monti, former prime minister of Italy; and Elisabeth Guigou, president of the foreign affairs commission of France's Assemblée Nationale. 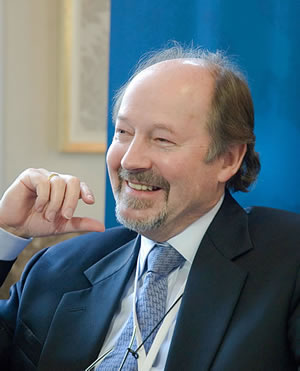 Moving back to London in November 2006, he was The Economist's most experienced foreign correspondent. In a 24-year career that included positions in London as industry editor and Asia editor, his foreign postings ranged from Singapore and Hong Kong to Brussels, Washington DC, Paris and finally Los Angeles.

John Andrews, a former Hearst journalism fellow at the Annenberg School of Communication, University of Southern California, has written two books on Asia, co-authored a book on Europe and contributed chapters to other books, including the Encyclopaedia Britannica. In 2010 he published The Economist Book of Isms.

His latest book is The World in Conflict: understanding the world's troublespots, a comprehensive and penetrating analysis of present-day war and terrorism published by Profile Books under The Economist imprint. Andrews is the co-editor of Megachange: The World in 2050, which examines the key developments that will determine our future. His special reports in The Economist — extended essays which, unlike the magazine's other articles, carry a byline — covered subjects as diverse as civil aerospace, the European Union, the Philippines, the business of fashion and the world of sport.