Conversation on Leadership with SYPartners in New York:

In Conversation with cricketer and politician Imran Khan — Islamabad, April 2017

[play >>>] The World in Conflict, The Economist

In his new book, John Andrews, former foreign correspondent for The Economist, discusses the history, evolution and persistence of terrorism and global warfare: 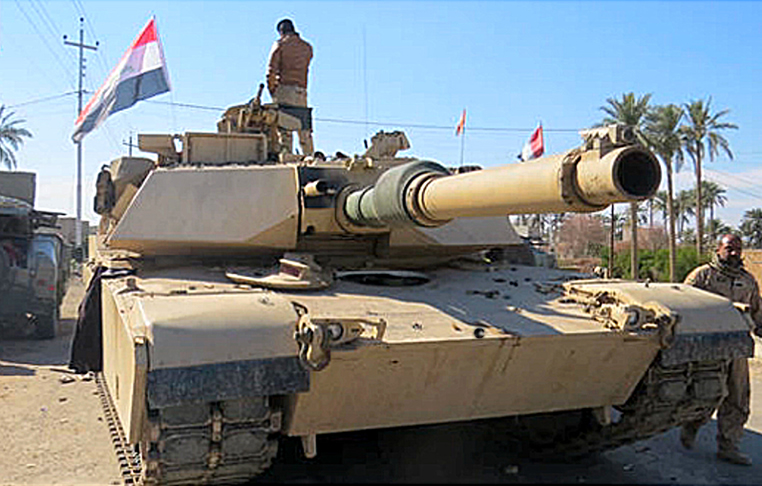 [play >>>] Are Wars and Global Conflict Part of an Unbreakable Cycle?

Why terrorism, climate change, rampant inequality and political instability have overrun the world in the 25 years since the fall of the wall. John Andrews explains on the The Leonard Lopate Show: 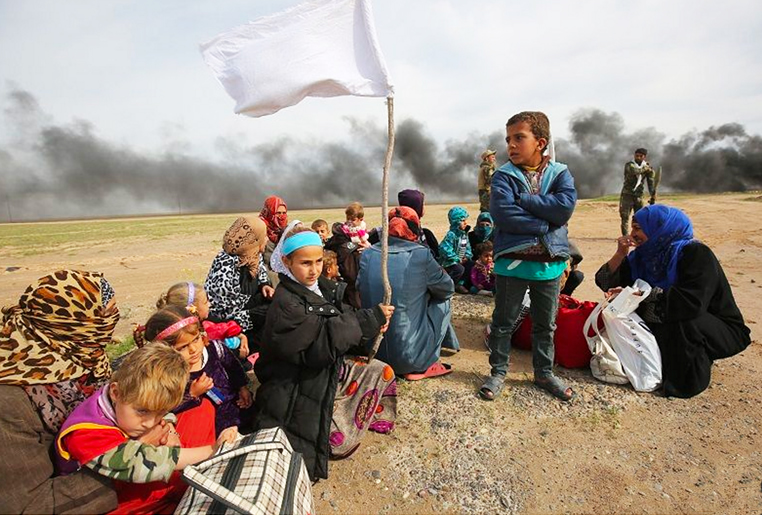 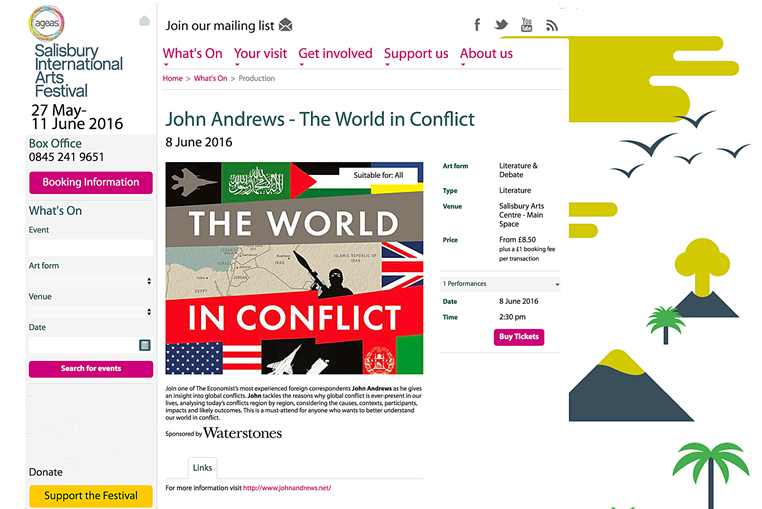 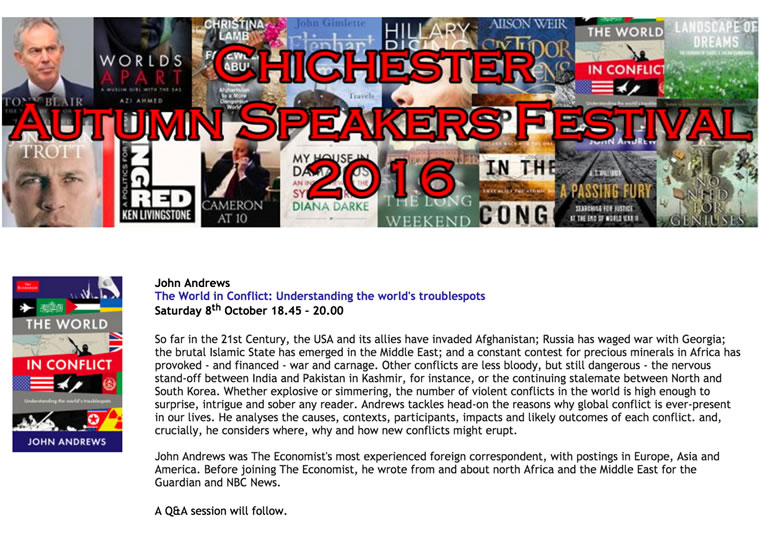